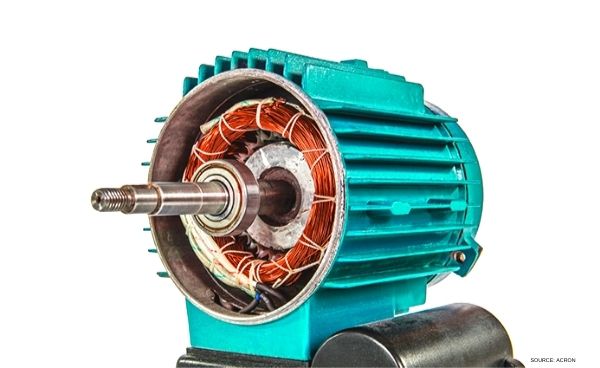 That’s true that electric motors consume more electricity than any other type of technology in industrial and commercial applications but now a day’s due to advancement in technology energy-efficient and premium-efficiency motors manufacture that can significantly reduce energy usage and costs.

What Is electric motor efficiency?

Efficiency of an electric motor is determined by the ratio between the shaft output power and the electrical input power.

which is indicated by the symbol of “η” and represented in the “%”. This is the factor which tells about performance of the motor.

Motor efficiency is denoted by the symbol of eta= η

ideally efficiency of motor is near about 75 percent of the rated load.

Let consider Electric motor with 100hp (horsepower) will have an acceptable load range of 50hp to 100hp, with peak efficiency at 75hp. A motor tends to lose its efficiency below 50 percent load or when it is overloading or due to heat.

In order to make a motor more efficient, we have to reduce losses in the motor.

Here are some methods or tips that can be adopted to improve the factor of efficiency in motors. let’s discuss 7 ways to improve Electric Motor Efficiency.

Functionality of frame of a motor is to provide mechanical protection to the winding. It is also responsible for the interface for installation through feet.

The motor frame plays a critical role in its thermal performance because it is responsible for transferring the heat generated inside the motor out to the frame surface where air blown by the fan will promote heat dissipation. This will reduce heat losses.

Another basic tip is to keep the minimum gap between any walls positioned near the back of the fan cover to allow air intake.

Keep motor surroundings clean and periodically check for any air blockage that can reduce the cooling system performance. So the more cool motor will be running, it will be having more life span.

Stator which is major component of the motor is cause of 60% losses so in order to reduce these losses mass of stator winding must be kept larger as this increase in mass will reduce electrical resistance.

Motors that are highly efficient contains 25% extra copper as compare to motors that are designed for standard efficiency models.

Rotor losses are also considered as secondary source of losses that are largely caused by the degree slip displayed by motor. Slip is actually the difference in (RPM) of speed of the magnetic field and the actual RPM of the rotor and shaft at a given load.

So in order to reduce these losses slip must be reduced and that is done by making higher conductivity of rotor.

Copper must be largely used because copper has high conductivity. But copper must be die-cast as recently processes have developed for die casting of copper.

Core magnetic losses are originated from hysteresis,20% of total losses are caused by the eddy currents and saturation of the magnetic core. By using good quality of materials and quality control, losses can be minimized to improve efficiency.

To reduce the effect of hysteresis and saturation steels containing small amount of silicon to be used in laminations instead of lower-cost carbon steels. In this way core losses can be removed.

By reducing the thickness of lamination and increasing the length of lamination, can minimize the flux density also and core losses.

Eddy current losses can be largely minimized by ensuring proper insulation between the sheets or laminations used.

The lubrication interval is a function of motor mounting rated speed, bearing size, type of grease, and temperature rise. So always take care when applying lubricants. Don’t mix grease types, even if they use the same elements. If another grease will be used in the application this will directly affect the motor performance.

Need To Know More : Why Winding resistance test is important for electric motor 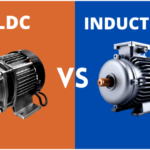 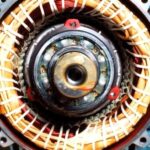 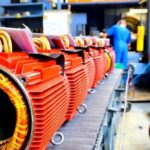